Written by Shona Smith on Aug 6, 2019. Posted in On Location

UK power plant doubles for Chernobyl in Fast and Furious: Hobbs and Shaw

Loved for exhilarating stunt sequences and extravagant car chases, the Fast and Furious franchise has been a hit with audiences worldwide since 2001. The latest release, Fast and Furious: Hobbs and Shaw took to a deserted power plant in Doncaster, UK to film an action sequence set in Chernobyl, Ukraine. 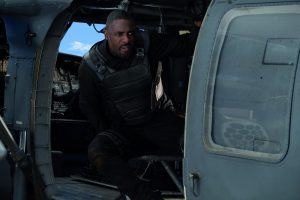 The first standalone film in the Fast and Furious franchise sees characters Hobbs and Shaw, played by Dwayne Johnson (Ballers, Jumanji) and Jason Statham (The Meg, Mechanic: Resurrection) team up against villain Brixton, played by Idris Elba (Luther, Beasts of No Nation) (pictured).

While Chernobyl, Ukraine is having a moment of popularity due to the success of HBO series Chernobyl, which followed devastating the events of the 1986 nuclear explosion, the location in Hobbs and Shaw is Brixtons secret underground lair. Sets for the interior were built at Shepperton Studios in Surrey but on-location filming took place at the recently decommissioned Eggborough power plant in Doncaster, North Yorkshire. Doubling for the Ukrainian nuclear plant, the site was described by Supervising Stunt Coordinator Chris O'Hara as "stunt heaven".

The now defunct coal-powered station has eight cooling towers and isolated areas. O’Hara explained, “the Eggborough power plant ended up just being such an amazing set piece for us. Visually, it was spot-on. The terrain and environment allowed for so much cool stuff that we could adapt as needed. We had both main unit and second unit up there racing Rock Crawlers, Range Rovers, motorcycles and MAN trucks. It was just this amazing playground that we could do whatever we wanted to before they demolished it all. We were in stunt heaven”. 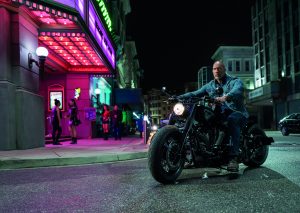 Elsewhere in the UK, Glasgow doubled for London during a street pursuit that sees Brixton on a Triumph motorbike pursued by Shaw’s in a McLaren 720S. The production was drawn to Glasgow’s wide streets that are less congested than those in London, after previously filming scenes of Fast & Furious 6 in the city.

The film is the first standalone vehicle in the Fast and Furious franchise, which has amassed more than USD5 billion worldwide. Hobbs and Shaw has already opened with a USD60.8 million US box office, in addition to a USD180 million global take and is expected to perform well over the summer period.

The UK provides a 25% tax relief on qualifying film production expenditure, regardless of budget for British qualifying films that either pass the Cultural Test, or qualify as an official co-production. There is a minimum UK core spend of 10%.