Written by Shona Smith on Dec 2, 2020. Posted in Production News 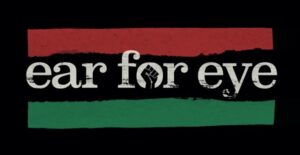 Principal production for Ear for Eye, the second feature from BAFTA and Olivier Award-winning writer and director Debbie Tucker ( has wrapped production. The shoot was based at Kennington Studios, London. 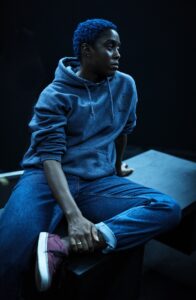 Lashana Lynch (No Time to Die, Captain Marvel) stars in the adaptation of Ear for an Eye. The feature follows British and American Black characters of different generations navigating their way through today’s society and offers a critical perspective on the state of the nation. Themes include demonstrations vs direct action, violence vs non-violence and the personal vs the structural.

The adaptation of  2018 stage production at the Royal Court Theatre is produced by Fiona Lamptey for Fruit Tree Media, with backing from BBC Film and BFI Awarding Funds from the National Lottery. A multi-platform release in early 2021 planned, as well as a broadcast premiere on BBC Two in Spring 2021.