Written by Sharanika Akter on Jun 2, 2017. Posted in Contributors

New York City is home to many iconic theatrical venues: Carnegie Hall, Radio City Music Hall, The Lincoln Centre for the Performing Arts. This is before considering that Broadway, like the West End in London, includes many world class venues that may not be household names. 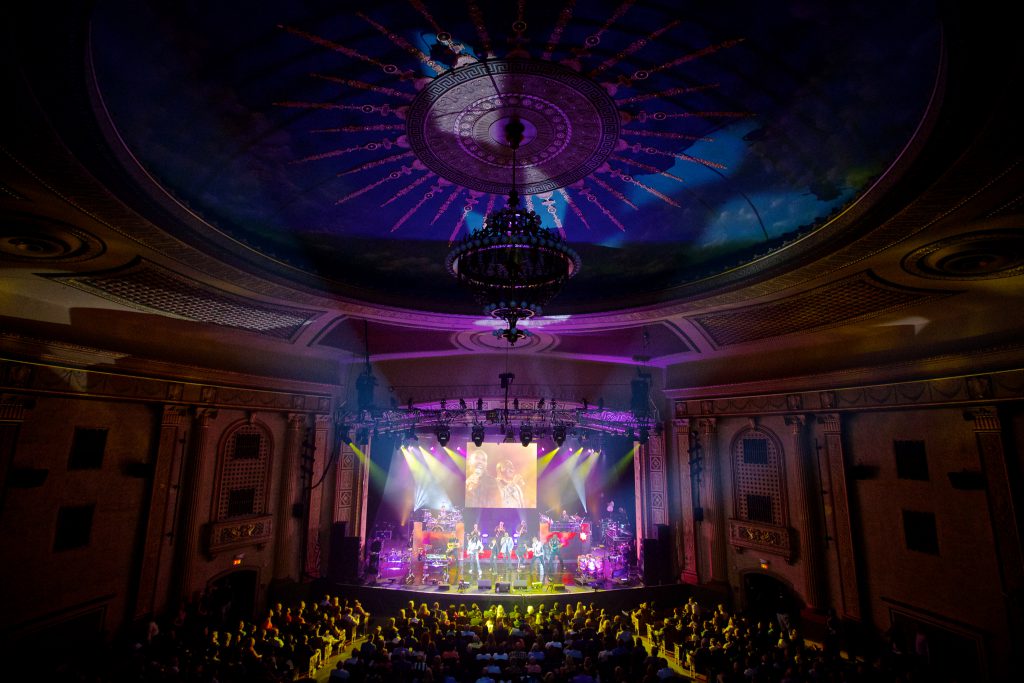 New York has 41 professional Broadway theatres with seating capacity for an audience of 500 or more and 43 “Off Broadway” theatres that seat audiences of 100 to 499.

Organising a film shoot in a New York City theatre can be challenging. The location cost for a commercial shoot using an interior or exterior at Lincoln Centre is going to be a six-figure number. Broadway theatres can also be expensive if you can find one that’s dark when you need it.

However, if you’re looking for a theatre location in the New York metropolitan area, there are options in New Jersey and Brooklyn that can deliver a great look at a reasonable cost. From Modern, Art Deco and Beaux Arts architecture to a small town America look, there are a lot of theatre and performing arts spaces to choose from.

Many of these options are in New Jersey. In writing this article, we’ve faced an embarrassment of riches in choosing which theatres to feature. 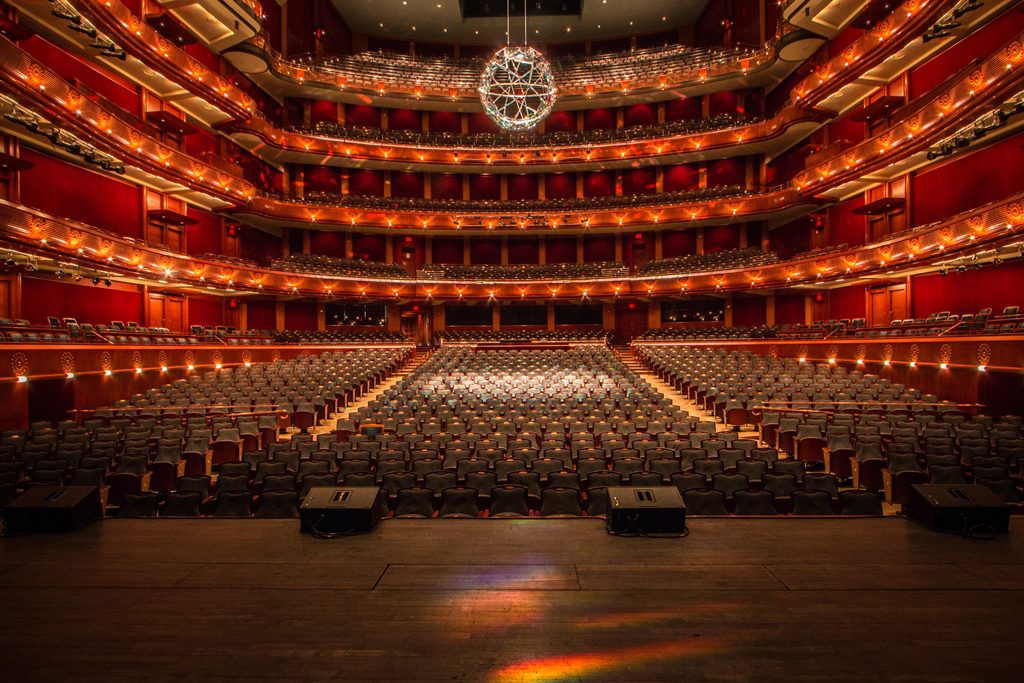 The New Jersey Performing Arts Centre (NJPAC), located in Newark, NJ, is a very modern and accommodating location for shoots. Originally modelled after an opera house, NJPAC is the fifth largest performing arts centre in America and it boasts a capacity of 3,352, consisting of four different performance spaces with 10 dressing rooms each. The entire building is wired with fibre and is soundproofed to accommodate multiple performances. It is capable of holding up to 30 equipment trucks outside. While NJPAC is a world-class venue in its own right, it can play The Metropolitan Opera or David Geffen Hall.

NJPAC’s advantage comes from its modern acoustics and ability to support live television and proximity to New York City, which is only 10 miles away! PBS recently did a live musical here. According to David Rodriguez, Executive Producer, NJPAC is a great location for shoots not only because of the accommodating building, location and staff, but also because it offers a significant discount in comparison to NYC theatres in terms of labour and facility costs.

Some other famous productions at the NJPAC include the entire seventh season of America’s Got Talent, BET’s Black Girls Rock, and HBO Comedy Specials including Trevor Noah. 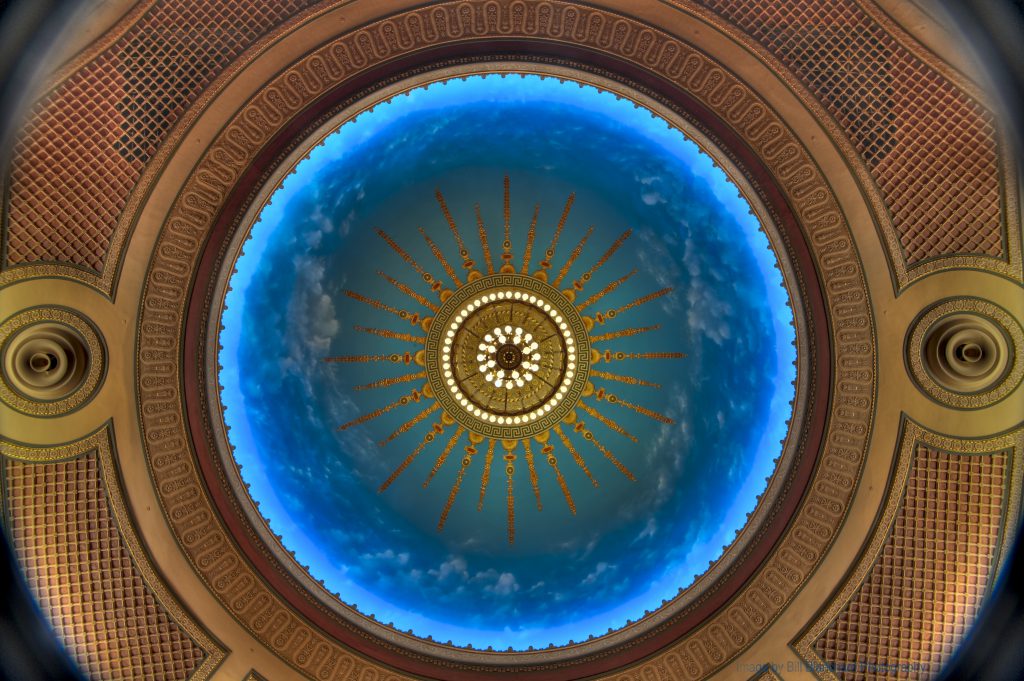 Count Basie Theatre, located in Red Bank, NJ, is a small town historic theatre and protected landmark with a period theatre charm, yet thoroughly modern. The theatre just celebrated its 90th birthday and 90 years of operation. It was established in 1926 as a silent movie house and it was one of the theatres built by Water Reade, a prolific theatre owner and operator.

Walking into the Count Basie Theatre today is like walking into what was new in the 1920s. The entire interior was recently renovated and refurbished. It now has a dome that looks like a sky in its 60 feet tall ceiling. Yet, a lot of its original features still remain. The original curtain is still there, a near century old art. It still uses a hemp-rope lift system - very heavy and requires a lot of manpower, which the theatre has plenty of.

The theatre can also provide ample space for crew and vehicles on site. The town of Red Bank does not require a permit for shooting and the Count Basie Theatre is not part of a union, says Jonathan Vena, Director of Marketing at Count Basie. 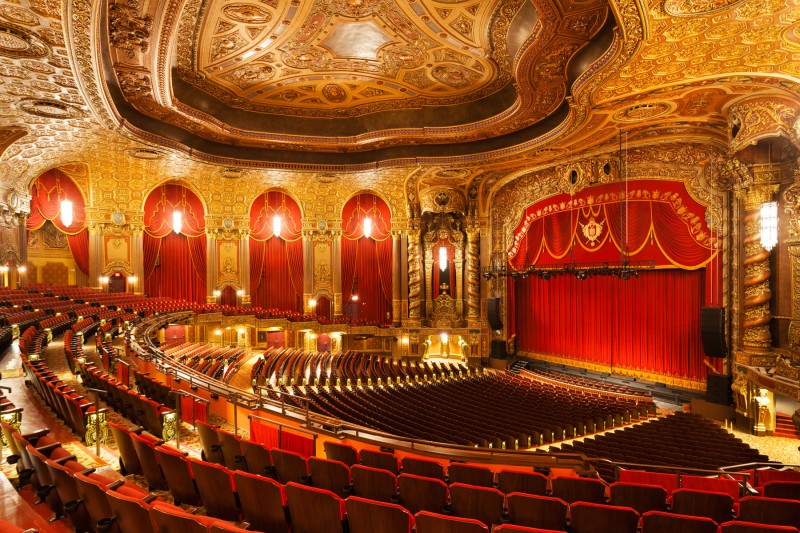 The Kings Theatre, located in Brooklyn, New York, used to be the Loew’s Kings Wonder Theatre, one of the five original Loew’s Wonder Theatres built between 1928-1929. It is a magnificent movie palace and the largest theatre in Brooklyn with 3,271 seats to boast.

In 1977, it was closed and abandoned due to a leak in the roof. Eventually the city fixed the roof and in 2013, over 35 years later, a restoration project began to refurbish and modernise the theatre.

Finally in 2015, the glorious Kings Theatre reopened with an expanded stage and modern fly rigging system with 24 rigging points. It also has a beautiful lobby with marble floors and mahogany details. Since its opening, the Kings Theatre has hosted numerous film shoots and rock concerts.

A few more notable productions include VH1 Divas Christmas concert, So You Think You Can Dance, Gotham, and Blacklist.

The Kings Theatre is a union house, says Director of Production, Steven Ehrenberg, and the stagehands are a part of IATSE Local 4. There is a loading dock area and plenty of space for crew. Productions must follow all New York City fire and safety laws.

Sharanika Akter is a Production Assistant and Content Writer for MediaCombo, a New York based production service company with over 25 years of experience in the industry.