Written by Shona Smith on Jul 13, 2021. Posted in Production News

Sheridan Smith (Cilla, The Huntsman: Winters War) stars in the event drama from ITV and Red Production Company. The four-part drama will film in Spain which doubles for Turkey, Bolton and Manchester. 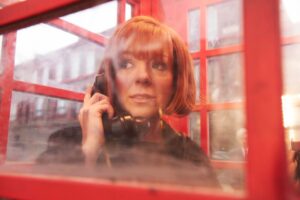 Sheridan Smith in Cilla from ITV

Written by RTS award winning screenwriter Danny Brocklehurst (The Stranger, Brassic), the story depicts an unassuming family who are caught up in a living nightmare whilst on holiday in Turkey. ITV describes the series as a complex and gripping drama that deals with the themes of parental love, guilt, grievances, and the issues around consent for teenagers.

Looking forward to an idyllic all-inclusive luxury break in Turkey to enjoy the sun and sea with extended family members, Kathy, played by Sheridan Smith (Cilla, The Huntsman: Winters War) and Martin, played by Michael Jibson (1917, Les Miserables), their son Noah Louis Ashbourne Serkis (Taboo, The Kid Who Would be King) and younger daughter Jessica Lily Sutcliffe are blissfully unaware of the horrific ordeal about to unfold. Due to the current travel restrictions in place for Turkey, Spain will double as the holiday destination. In the UK, the production will be based in Manchester and Bolton.

Following a seemingly innocent invitation to a beach party from a fellow holidaymaker Kathy and Martin are left to desperately fight for their son’s freedom against extremely challenging circumstances. An arrest, an expensive and alien legal system, looming media coverage and resistance from fellow holidaymakers to come to their aid leaves the distraught parents fighting for Noah’s freedom.

Sarah Doole, CEO of Red Production Company (Trust Me, Happy Valley) says, “With holidays off the cards for most people for the last 18 months, you would think this story would be a dream holiday, but Danny succeeds in delivering a gripping and heart-wrenching script of the holiday from hell. We can’t wait to bring it to life for ITV viewers.”

The series is set to air on ITV in 2022, and StudioCanal will manage international distribution.